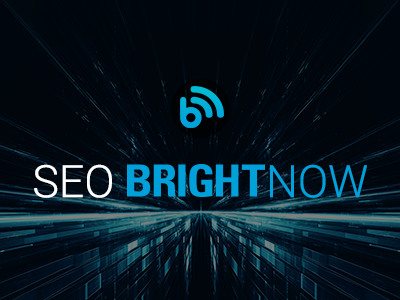 In contrast to a hectic start to the month, which included a major algorithm update, the previous two weeks have been a little more subdued. However, we’ve still got an assortment of roundup-worthy developments for you, most concerning Google.

There have been several updates to Search Central documentation, including clarification around how Google crawls pages and important information about product variants which could affect ecommerce. Some interesting tests of new featured snippets have also surfaced.

Google Search Advocate John Mueller has announced some changes to Google Page Experience. And it looks like the format and frequency of his long-running Q&A series “SEO Office Hours” will take a new direction. Google has also made an exciting announcement about an AI breakthrough.

Finally, DuckDuckGo traffic has been decreasing. We offer a possible explanation as to why.

With all that in mind, here’s your twice-monthly roundup of the latest news, discussion and developments in the world of SEO.

Google has updated documentation relating to Googlebot, a catch-all name for its various web crawlers. Specifically, the new information states that it will only crawl the first 15MB of data on HTML pages.

This is essential information for SEOs that want their pages to rank well and highlights the importance of “lightweight” web design. You can test your site by generating a rendered view of your pages with the URL inspection tool in Search Console.

Google is testing new snippet layouts, with Twitter reports of “info cards” and four and five-word answers that are visible without clicking a dropdown.

Featured snippets, which occupy “position zero” in SERPs, are considered prime real estate. And many SEOs target them aggressively, mostly due to the large increase in click-through-rates that come from capturing this coveted position. Keeping up to date with these changes enables you to adjust your strategy by accounting for new formats. Equally, you’ll be in a better position to explain fluctuations in your click-through rate.

Keep in mind that these are simply tests at this stage. They don’t constitute long-term stages. However, they’re worth keeping an eye on. If there is a full rollout, you’ll be ready to leverage the new formats.

“Currently, product rich results only support pages that focus on a single product. This includes product variants where each product variant has a distinct URL.”

This is an important point for merchants that use a single URL to display multiple product variants. In adopting this approach, it is highly likely that rich results will not accompany search results.

It is best practice to use a supported URL structure—either a path segment or query parameter—with a relevant canonical URL specifying the main product page. There is extensive documentation covering how merchants should deal with variants to enable rich results.

Google Search Advocate John Mueller’s long-running SEO question-and-answer sessions will undergo several changes, to the chagrin of many SEOs who considered it one of the few direct channels to the search giant. SEOs often cite office hours directly when justifying decisions to clients and suggesting strategic changes to existing strategy.

The sessions will now only run once per month, instead of four times per month, and Mueller will only answer pre-submitted questions over a thirty-minute period. Moreover, the answers will be recorded and not live (as has been the norm).

Talking about the change, he has cited a lack of time on his part along with a desire to make the videos easier to digest.

Google announced a new AI technology called “Learning Multiple Modalities with One Sparse Mixture-of-Experts Model” (yep, it’s a mouthful) in a post on its AI blog.

LIMoE is a breakthrough technology because it leverages neural networks (computer systems that mirror the human brain) to accomplish multiple tasks that previously required individual algorithms. Crucially, it can process text and images simultaneously.

The technicalities are fairly involved. If you’re interested, Search Engine Journal has published an in-depth explainer article. These announcements are interesting because they are harbingers of a large-scale shift towards a search landscape that is underpinned by highly complex, AI-driven processes. Google already leverages artificial intelligence in the form of RankBrain, and SEOs should pay close attention to ongoing developments.

The Google News interface has had a makeover. If you generate large amounts of traffic through the platform, you may see changes in visitor numbers.

In a blog post on The Keyword, Google says, “Our new look for Google News on desktop was inspired by feedback we received from readers. We’ve made it easier for you to catch up on the most important news by bringing Top stories, Local news and personalized picks for you to the top of the page.”

Google also announced the opening of the Global News Equity Fund, a multi-million dollar fund aimed at supporting independent, small and medium publishers that serve underrepresented communities. If you fit the criteria, it’s worth sending an application.

To round off, we have news about DuckDuckGo, a search engine that’s received a lot of attention in the past because of its heavy emphasis on privacy. It’s occasionally been hailed as the next big thing. Over the last several months, however, traffic has consistently been below 100 million searches per day.

Understandably, most SEOs don’t devote much time to DuckDuckGo. Its market share is a fraction of Google’s. As to the reduced numbers of searchers, people may be unhappy with DuckDuckGo’s decision to down-rank sites associated with what it sees as pro-Russian propaganda. This could be seen as a contravention of its commitment to “unbiased search.”

That’s it for this month! No seismic changes or big algorithm updates, but still plenty to be getting on with. To finish off, here’s an SEO joke. What’s Google’s favorite drink? Link juice. (It has to be organic, though.)

Thor: Love and Thunder Leaked on 123Movies to Watch or Download|eAskme

Thor: Love and Thunder Leaked on 123Movies to Watch or Download|eAskme