Other people are at:  Has Data Analytics made the NFL Worse?

Twitter is also introducing a tweet unmentioning feature that will help you to untag yourself from unwanted conversations.

Twitter Unmentioning feature not only removes your tag from the conversation but also revokes others to add you again in that conversation.

If you want to know how Twitter Unmentioning works and what will happen once you do that, then here is what you should know.

Twitter first talked about the Unmention feature in August 2021. They have spent a lot of time improving the feature and launched it in July 2022.

Twitter Unmentioning feature does the following things for you: 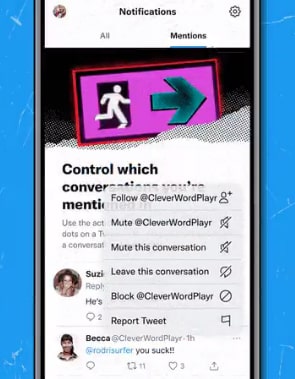 You can not only remove your profile from the conversation but also stop others from adding you again in the same conversation.

Sometimes you want to see yourself out.

Take control of your mentions and leave a conversation with Unmentioning, now rolling out to everyone on all devices. pic.twitter.com/Be8BlotElX

The Twitter Unmentioning feature will help you save yourself from hated conversations or conversations that are just spamming your notifications.

I appreciate this feature.

What do you think?

Because, Sharing is Caring!