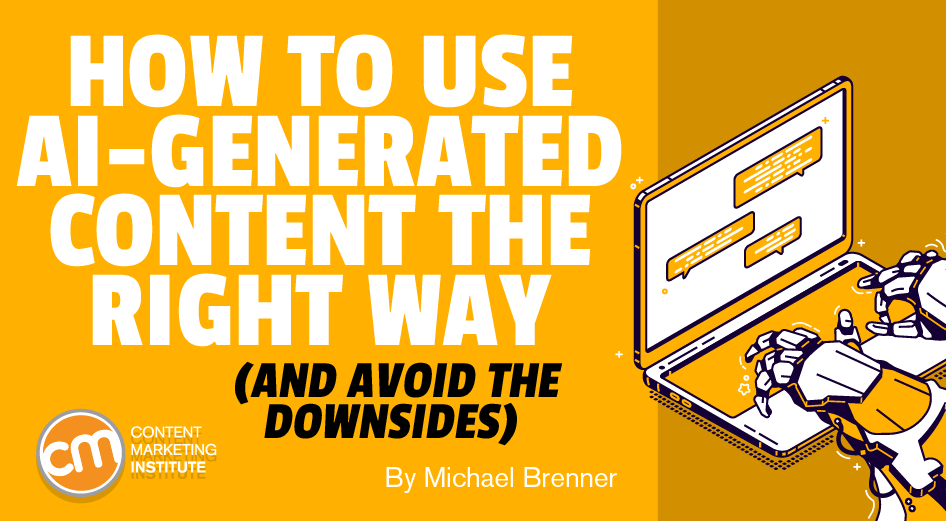 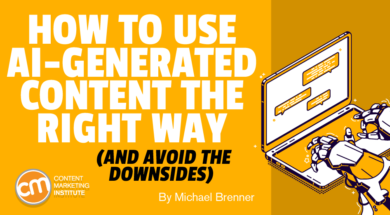 We’ve been watching AI take human jobs for a while now — industrial, manufacturing, and even financial industries have been massively disrupted by the ability of machines to think like humans. But what about creatives? Are they at risk too? Could AI-generated content replace human writers any time soon?

Some marketers and innovators say yes. New technology tools powered by OpenAI’s GPT technology started the swell of AI-generated content on search engine results pages and elsewhere on the internet. Chatter about massive cost savings propelled by AI-written articles has put content creators on watch for signs their jobs may be at risk.

But is the hype real? Should we all be worried that content marketing as we know it is being taken over by machines?

If you ask me (and the powers-that-be at Google), the answer is no — at least not any time soon. I’ll explain why and share an experiment of my own.

Computers have used natural-language generation (NLG) to create text for decades. It’s only in recent years, however, that the technology’s become sophisticated enough for marketers to talk about its potential for content creation.

When OpenAI released the GPT tool (short for Generative Pre-trained Transformer) in 2020, it seemed like the potential may be realized. Since then, two more updates (GPT-2 and GPT-3) have been released, and GPT-4 is expected to be released in the coming months.

Each version has gotten progressively better at producing text that reads as if a real human wrote it. The release of GPT-3 resulted in an exponential jump in skill and accuracy as compared to GPT-2. 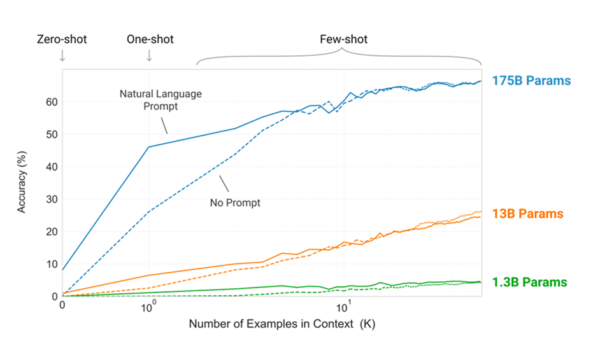 GPT-produced content is presumably floating around the internet without being recognized as AI-generated (at least not by human readers). Its prevalence will only continue to grow in the coming years.

During a recent Google SEO Hangout, senior webmaster trends analyst John Mueller left no room for wondering. In short: AI-generated content breaks from the webmaster guidelines Google’s had “since almost the beginning.”

The question was posed by Reddit moderator Rohan Chaubey. He referenced a recent thread on which John had commented that creators should not be using AI-generated content but failed to elaborate. When asked for clarification, John said:

My suspicion is that maybe the quality of content is a little bit better than the really old-school tools, but for us it’s still automatically-generated content, and that means for us, it’s still against the Webmaster guide. So we would consider that to be spam.

So there you have it. I’ve seen some interesting commentary about this exchange that suggests Google is hypocritical about AI-generated content. After all, they’re one of the most AI-powered companies in the world. Why wouldn’t they support a tool that allows marketers to use the same technology?

It’s easy to assume Google’s worried their tools wouldn’t distinguish AI-generated content from its human-created counterpart — and maybe it’s true to some extent. But I don’t think that’s the motivation for their position on this subject.

Google has long been a proponent of human-centered content. We’ve all heard it — don’t write for the algorithms; write for your actual audience. Google has developed algorithms specifically to recognize real human value and even given creators guidelines (like EAT and YMYL) to understand how they’re evaluating said value.

AI-generated content (at least in its current form) compromises the central tenant that Google (and all of us as content marketers) have long operated under: Content is more valuable than traditional advertising because it’s human-centered. It helps people — whether they’re about to make a purchase or not.

If Google approved and ranked AI-generated content, it would lose the quality standard that’s given them a more than 90% share of the search engine market.

I was pretty confident in my take on this after years of following the progress of GPT and other tools. Still, I thought it best to test GPT and see what it came up with.

I used one of the most foundational topics relevant to my business: why is content marketing important? I asked GPT to write a blog intro about it. Here’s what I got:

Content marketing is a strategic marketing approach focused on creating and distributing valuable, relevant, and consistent content to attract and retain a clearly defined audience — and, ultimately, to drive profitable customer action.

After reading it, my previous confidence in my take on AI-generated content dipped. Of course, my prompt was simple, but this text is totally acceptable for a blog intro. No grammatical errors. Reads to me as if a human wrote it.

Then I did two things.

First, I had a friend enter the same inquiry on a separate GPT account. Their intro was extremely similar to mine. Not a total red flag — both were accurate, and as we know blog articles often include similar content about common topics — but not ideal. I’d rather not publish blog posts that start almost exactly the same as others ranking for the same keywords.

#AI created an adequate blog intro, but it was too similar to another AI-created intro on the topic to stand out in search, says @BrennerMichael via @CMIContent. Click To Tweet

Then, I asked GPT to write me a long-form article on the topic. This time, I got an OK article, but it was generic. Points were repeated, nuance (like personal commentary or real-world examples) was absent, and no new perspectives were included.

My takeaway: AI-generated content tools like GPT can be useful now. But they’re definitely not ready to replace humans.

Right now, AI-generated content fits better into the role of a tool writers can use and not the role of the writer.

#AI-generated #content fits better into the role of a tool writers can use and not the role of the writer, says @BrennerMichael via @CMIContent. #ContentCreation Click To Tweet

As I wrote this article and tried out GPT, a couple of beneficial use cases came to mind:

The blank page can be daunting for even the most seasoned content writers. Asking a tool like GPT for some blog intro ideas could be just the thing to get ideas flowing for a new piece.

I thought the full article I requested from GPT provided some bare bones for an article. I could see it as a sort of outline generator for companies to share with writers who could add their spin to it.

I did a final experiment with GPT for an article “with statistics” about digital marketing. The result was a draft with tons of stats — complete with sources — on the subject. The screenshot shows five statistics, which is only about a quarter of the ones included. It includes: 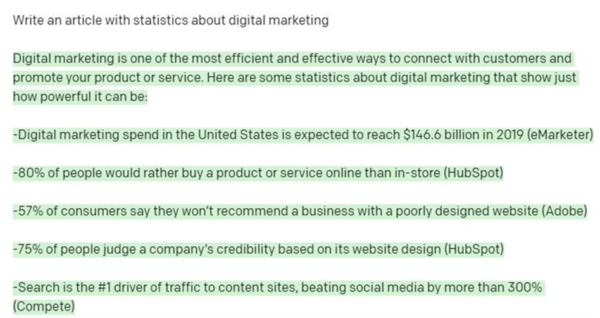 This AI-generated content could drive a powerful initial direction for an article that’s quicker to identify than sifting through full-length articles found in Google search rankings.

#AI-generated #content can be helpful to fight writer’s block, create a broad outline, or find statistics on your topic, says @BrennerMichael via @CMIContent. Click To Tweet

Why we still need humans to write

My final thoughts led me back to a core tenet of value-driven marketing: empathy. No one knows my audience better than me, and no one knows yours better than you. Especially not a machine — no matter how smart said machine might be.

AI-generated content as a replacement for human writers is still a long way off (if not totally impossible) because it lacks the ability to channel empathy into the content. What you get from GPT (and the like) is an accurate but generic summary of what’s already been said on a topic rather than a piece written specifically to provide new perspectives to your audience.

Your customers are way too savvy for that kind of content, and frankly, it doesn’t meet the standards set by brands to provide value. For the foreseeable future, human-centered and human-created content still wins.

All tools mentioned in the article are identified by the author. If you have a tool to suggest, please feel free to add it in the comments.

Register to attend Content Marketing World in Cleveland, Ohio. Use the code BLOG100 to save $100.

11 Tips to Create a Personal Connection with Your Audience