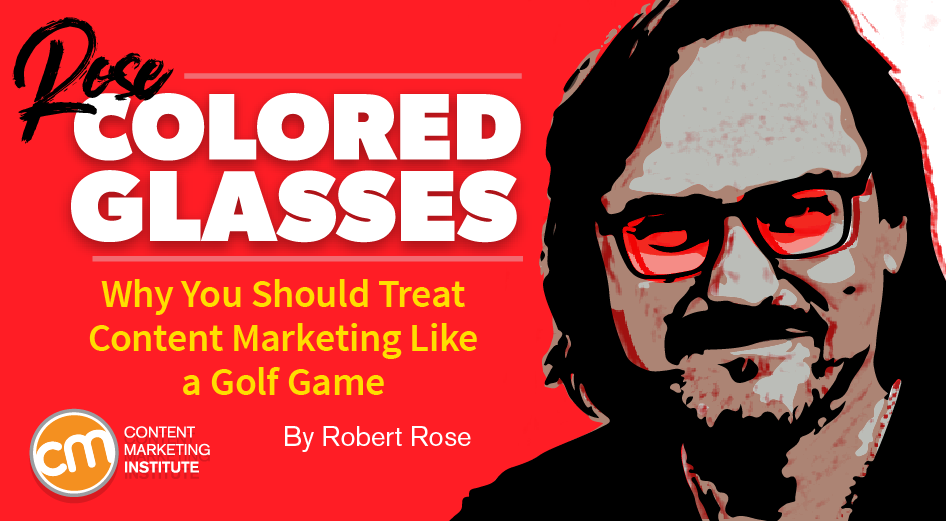 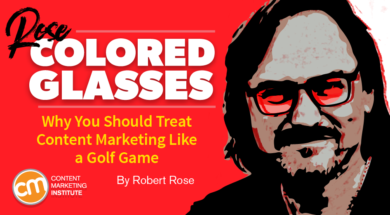 I don’t do golf. But one thing intrigues me about the game: The entire goal is to play the least.

Think about it.  The winner is the person who swings their clubs the fewest times.

A smart content marketing approach should work in a similar way.

At first, that seems counterintuitive. If they’re wasting content, why don’t they just produce less?

Suggest that, and you’ll get this pushback: “If we produce less, we might waste a smaller amount. But everyone still wants more.”

This challenge isn’t confined to content marketing, by the way. I see it in marketing planning, too. Everyone in marketing and sales seems to think they need more. More content. More marketing. More leads. More opportunities. More sales.

More always seems better – or at least less risky. So, many content and marketing teams build their strategies to answer the question: “How do we get more?”

In golf, the goal is to play the least. #ContentMarketing strategies should work the same way, says @Robert_Rose via @CMIContent. Click To Tweet

HANDPICKED RELATED CONTENT: Be Careful Where You Put the Emphasis on ‘Do More With Less’ [Rose-Colored Glasses]

It took me a long time to figure out this content marketing conundrum. When I’d tell people more isn’t the answer, they’d ask “Then how much content should we produce?”

I used to answer, “As much as you can be great at.”

I used to think you should deliver as much content as you can while maintaining the quality standards you’ve set (assuming you’ve set any.)

Now I realize that advice is wrong.

If the question of how to get more content drives your strategy, your strategy is doomed. You’ll never produce enough.

The better question comes from golf: How can you create more aces, eagles, and birdies?

In other words, how little is enough to win the game?

Any great concert, television series, movie, or novel makes the audience wish it would go on. They’re engaged, they’re moved – and they want more.

Though the audience wanted more, the creators told stories exactly as long as they needed to be.

But how many times have you come away from a series saying, “That was pretty good, but it could have been three episodes instead of eight”?  That’s a classic symptom of defaulting to more.

That’s not to say that long content or a lot of content can’t be effective. War and Peace wouldn’t be War and Peace if it weren’t 1,200 pages.

However, I’ve found content and marketing teams feel most effective when the culture focuses on knowing how much is enough instead of chasing more.

In most businesses, though, it works the other way around. Content teams get stretched thin by to fulfill all the requests for too many projects. They can’t assemble digital assets fast enough to keep up with the fire hose of requests.

Here’s the punchline: Nine out of 10 times, a content audit reveals my clients aren’t producing too much content, but they’re usually creating too many digital assets.

I suggest they stop filling everyone’s days with assembling and producing assets.

Instead, I tell them to figure out which content will be enough.

Now when clients ask me now how much content they should produce, I tell them this: If you want to win at content marketing, produce as little as you need to get the impact you want.

Don’t aim to produce overwhelming amounts of content even if you can – and even if it’s great. Instead, aim to produce just enough to deliver the value you intend while creating the behavioral change you seek to have.

Get through the course in as few swings as possible.

Don’t ask how do we create more? Instead, ask what is enough?

Enough to what? Enough content to create 10% more leads? Enough to acquire 1,000 subscribers? Enough to satisfy the sales enablement team with the budget you have?

Once you define “enough,” it’s game on for content golf. Play as little as you need to win. Focus on bringing your best game.

Let’s get to work on your swing.

Get Robert’s take on content marketing industry news in five minutes or less:

Subscribe to workday or weekly CMI emails to get Rose-Colored Glasses in your inbox each week.